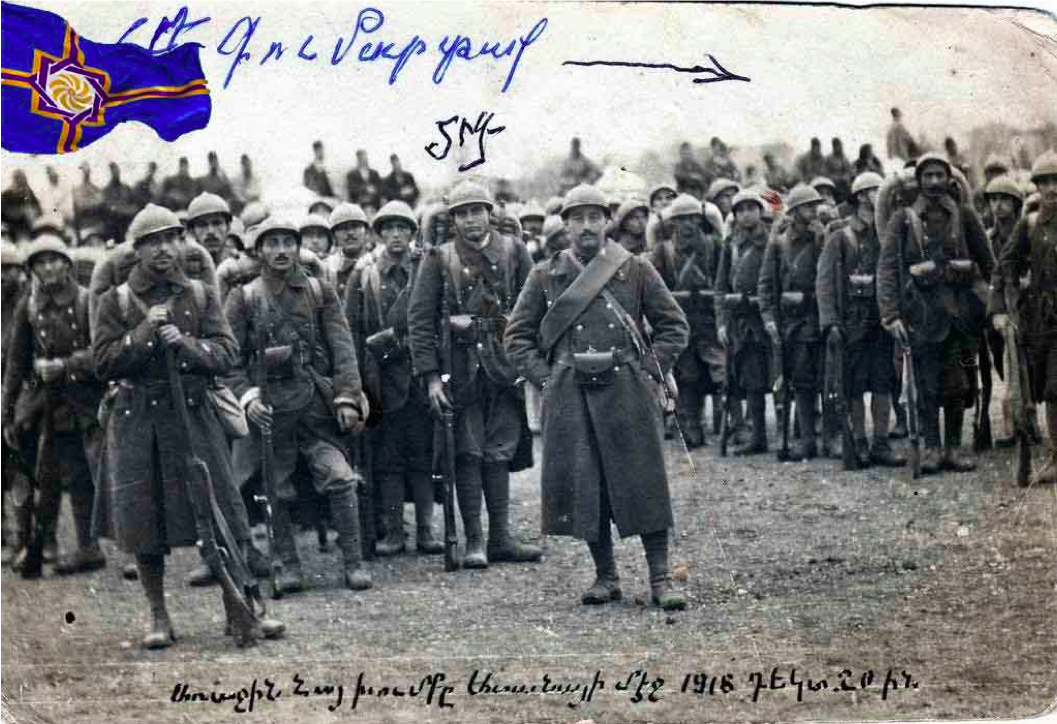 Centenary of the first act of abandonment by France!
KILIKYA – A legion of the East was created on November 15, 1916, made up largely of Armenian refugees from Moussa Dagh, with the essential goal :
1°- That the constitution of the Legion of the East was intended to make the Armenians contribute to the liberation of Cilicia and thus create new titles of their national aspirations.
2°- That the Armenian legionaries would fight only against the Turks and only in Cilicia.
3°- That the Armenian Legion would in the future form the nucleus of the Armenian national army.
The Eastern Legion (Armenian National Army) fought and then participated in the liberation of Palestine against the Turkish army from June to September 1918, at the same time as the Armenian Republic of Yerevan signed a treaty with Turkey at Batoum on June 4, 1918.
On 10 October 1918, the Eastern Legion landed in Damascus, liberated from the Turkish army. Cilicia was liberated by the Legion of the East on November 15, 1918.
On February 1, 1919, the Legion of the East officially became an Armenian Legion, (anniversary date of the constitution of the Armenian Army of Western Armenia). The Armenians of Cilicia who survived the genocide returned to Cilicia to participate in its reconstruction.
After the de jure recognition of an Armenia on the territory of Western Armenia, May 11, 1920, and pursuant to the Treaty of Sèvres signed by France on the basis of its Mandate on Cilicia and the Eastern territories (up to Qamichli), France took the decision to dissolve the Armenian Legion, July 1, 1920, this was the first act of abandonment of Cilicia to the Turkish invader.